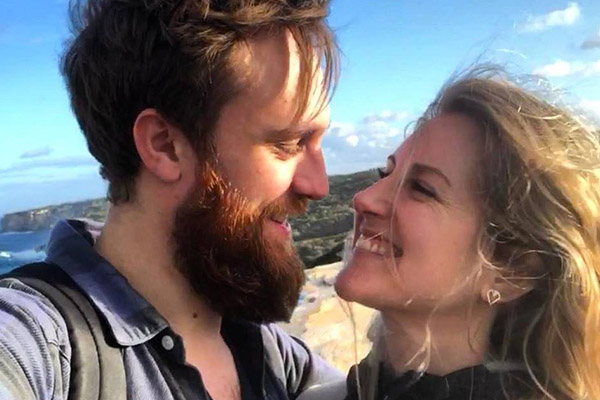 2018 started for Mat and I in the customs line in Shanghai.

We’d just gone to Canada for Christmas and were connecting on one of our many flights back to Sydney. I looked down at my watch, “annnnd… happy 2018!” as we kissed in line.

It has been a tumultuous year for me, especially after one of the best years ever. Life is always balancing itself out and I knew I’d be in for some challenges. For the first time since I started this blog, I wrote more frequently and deliberately with the intention of getting noticed as a writer.

On the last flight home to Sydney, I watched the movie ‘Maudie’ and felt so inspired by her authenticity and creative freedom I wrote ‘What Maud Lewis taught me about creativity’ starting the year on a positive note with an article published Thought Catalog.

In February, I wrote a whimsical piece on trying to re-examine my job with a new, playful lens and wrote ‘A “Cake Recipe” for a New Outlook on Life’ which was picked up on Elephant Journal.

In March, after feeling like my life was on turbo speed, I started researching how to slow time down and wrote ‘How to Stop Time from Slipping Away from Us’ which caused me to spend the month noticing the details of life and taking pictures of normally non-picture-worthy moments, just to hold on to them longer.

In April I wrote a post about my love life like it was akin to a voyage across the oceans. It was painful to write, but it felt like the best release to get it out of me. I tried my luck at getting published and no one was having it. I’d taken a writing class around this time and everyone in the class had to read it and then come to the next class with comments or criticisms. It was torn to shreds by a mostly male-dominated class, who were all interested in fantasy, Game of Thrones type writing (not my audience, obviously). But, one guy in the whole class did like it. He was a 19-year-old Indonesian-Australian guy who wore leather bracelets and a Metallica t-shirt, “I read this thinking, ‘you go girl! you go!’ It was really moving. My mother died… so I… understand that pain. I get it.”

In May, for my sister’s birthday, I created a month-long post filled with beautiful quotes at the start of every week. The first week was about starting off the month with a “clean” mind and energised spirit. Week 2 was about finding your inner child. Week 3 was commemorating Elizabeth’s birthday and week 4 was about acceptance and vulnerability. I had so much fun doing this series, even though it still really hurts to ‘celebrate’ her birthday without her actually here.

Mat and I went to France in July for an amazing holiday to meet the whole family, even my Dad came out. It was so special to meet Mat’s family and discover a side of him I’d never seen before. France in the summer is breathtakingly beautiful with its rich history and magnificent architecture, it felt like a living, breathing museum. I was so swept up up in the relaxing atmosphere in France, where people just chilled out amidst the craziness of city life, sipping a beer beside buildings that were older than I could ever imagine.

A few months later, I wrote about how nice it would be if we had the power to locate unproductive thought patterns and dispel them in a ‘eternal sunshine of spotless mind’ kind of way. I later reflected on how it feels to enter a new age bracket as a 30-year-old, leaving my twenties behind. I also wrote about my deep love and appreciation for savasana, and perhaps one of my favorites was a powerful article compiled by quotes from my friends explaining how they cope through dark times in their lives. It was beautiful and poignant to read these very private thoughts and see the weaving thread between all of them. Then in November, I wrote about ambivert self-care and after months of rejections, it was finally accepted on Thought Catalog.

Outside of my personal writing challenges, and inside my work life, I grew in ways I didn’t expect. Mostly due to working an environment that felt like it was wringing me out like a wet towel. It’s a strange relationship when the company you work for is the reason why you are able to remain in a country. It creates an imbalance of power. I was (and still am) so grateful to have been sponsored because it’s allowed me to stay in Australia and remain with Mat. But my way of showing appreciation was basically taking on way more than I could handle, saying yes to everyone and everything, and eventually, my body screamed louder than my mind.

I also learned how much the body holds, even when my mind thinks it’s let it all go. I can convince my mind to relax, take it easy, but my body can at times be completely unwilling to bulge. I see now, after all this, that all my body really needed all along was some love and attention in the form of boundaries and speaking up in ways I never had to before. So much was kept inside my body like plaque building up. The body does not use words to communicate, so instead, for me, it restricts digestion and creates the lovely sensation of an oblivious cute elephant sitting on my chest. See exhibit A:

It’s caused me to spend a lot more time on self-care. I listen closely to my body now and try to decode its messages by looking at patterns and taking notice of “time-bomb type situations” so that I can operate in the most optimal way. Clearly, this is a work in progress. I’ve yet to understand my body’s messages with complete clarity. It reminds me of an episode on The Simpsons, which I vaguely remember but essentially Homer recognises there is a problem in himself and fesses up to the family. Lisa, being her intelligent and self-aware self says, “well Dad, as they say, the first step to recovery is awareness” to which Homer responds pleadingly, “and is that the last step too?!”

It makes me laugh because I can identify so strongly with Homer. If only there was a short-cut to avoid these unpleasant emotions and just be ‘fixed.’ But instead, it’s a deliberate effort of improvement every single day. It’s a mixture of acceptance, processing, understanding, creating new responses, reflecting, editing, falling back to old ways, trying again, etc. We’re all here to evolve further into who we are meant to be, there’s never a destination to arrive at. Being a living human being is a constant process, an ongoing journey of shedding layers.

I’ve shed a few layers this year and learned some hard lessons, just like you reading this.  There will no doubt be challenges in 2019, but there will also be triumphs, adventure, and some of the best days of my life yet to happen.

Merry Christmas and Happy New Year to you!