I’ve been up since 2am, jet-lagged and sick, reminiscing about my amazing holiday in France. I love how travelling stirs up your mind and changes your perspective on life. It feels like I’ve been given new eyes.

We started our trip on July 4th, landing in Paris. We met Mat’s mum and my dad at the airport and drove up to Normandy. Mat’s family have a cottage right by the Seine river in a small village called Heudebouville. It’s the most peaceful and calm place. You can hear the birds chirping as white butterflies and plum bumble bees gracefully land on lavender trees. I met the whole family which was less nerve-wracking than I thought it would be! 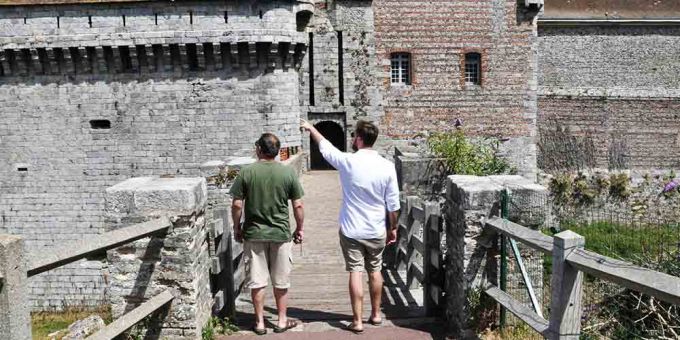 We spent the first week in Normandy; playing volleyball, swimming in the Seine, reading, relaxing, eating meals together and exploring the nearby area. We saw Dieppe, Château Gaillard, Étretat and other places I don’t remember the name of (this is why I could never be a travel blogger). The scenery was stunning, Claud Monet painted many of the places we saw.  The scenery in France is more delicate and feminine to that of Australia. In Australia, nature feels strong, distinct and almost masculine. But in France, the scenery is detailed, gentle and feminine. I was talking to my Dad about how hard it must be to paint shadows and he handed me a book he was reading on the famous American painter Edward Hopper who came to France to perfect his art. Hopper talked about how inspiring it was to mix and mingle with all the famous artists and experience a new way of life. When he returned to the US he felt depressed, “it took me 10 years to get over Europe” he wrote. 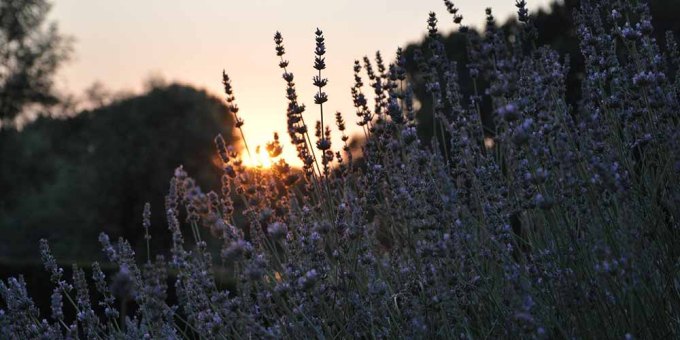 The towns of Normandy reminded me of the small provincial village depicted in Beauty and the Beast. I had that song stuck in my head the entire time we were there. I could visualise myself sitting by a fountain reading a book while a sheep would kindly rip out a page of my book, just like in the Disney cartoon, ♫ “heeeere’s where she meets prince charming, but she won’t discover that it’s him ’til chapter three!” ♫ 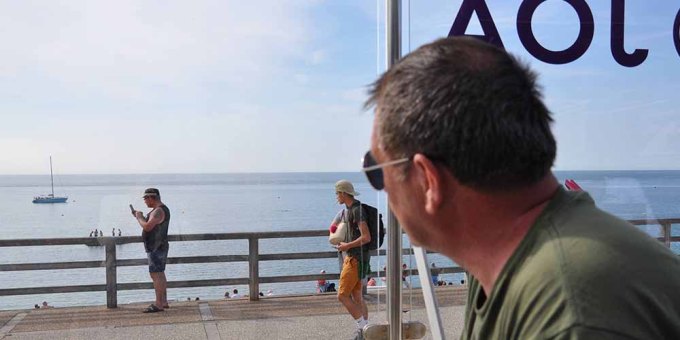 After a week in Normandy, we all went out separate ways. My Dad went to Biarritz, Mat’s family stayed in Heudebouville, and we headed south for a wedding. We took the train early in the morning, bought some croissants (always!) and coffee and made way for our first stop: Nîmes. This town has one of the best kept Roman amphitheatres. We wandered about the amphitheatre, imagining the horrifying shows that were shown thousands of years ago. Gladiators would fight to the death here while others would stand back and watch, cheering them on. They used mounds of sand at the bottom to cover the stench of bloodshed and human/animal remains (and I thought my job was stressful). 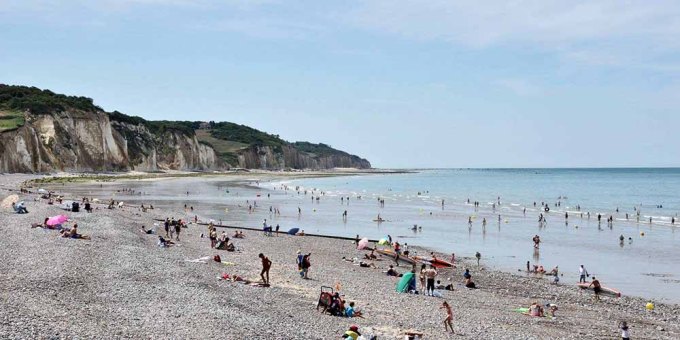 After a few hours wandering Nîmes, we went back on the train, heading for Montpellier. I looked out the window as Mat slept peacefully beside me. I love being on trains looking out the window, listening to music and watching the scenery change before my eyes. It’s one of the most relaxing activities. I knew we were getting close because I started seeing more and more of those characteristically plump trees that appear in many southern France paintings. Once we arrived we checked into our hotel and wandered around Montpellier. We had beers in a terrace bar, watching other people, looking at thousands of years of history all around us and feeling the warm sun on our skin.

The next morning we met our friend who used to live with us in Sydney (Mat’s old flatmate) who recently moved back to Paris. We rented a car and drove to the wedding in Sévérac-le-Château. The couple had their official wedding in the town hall and we took longer than expected to get there. We ended up arriving late and tiptoed through the town hall, hovering quietly in the back of the room. Once their marriage was officially announced everyone cheered and applauded, immediately heading to a terrace bar for drinks. A couple of us drove to the Chateau for pictures and then ended the day having dinner with the wedding crowd at this beautiful little community gathering lake. Since it was the night before National Day, there was a band set up and once the sun set (at about 11pm) they had a firework display. Perfect entertainment for the new couple!

We stayed in an Air BnB in Saint Gregoire which felt like a Hollywood set. It reminded me a lot of the Diane Lane movie, Under the Tuscan Sun (I know the movie is filmed in Italy but the vide felt similar to me). The couple got married at the groom’s house which is literally a castle, I was half expecting him to arrive at the “alter” on a white horse. 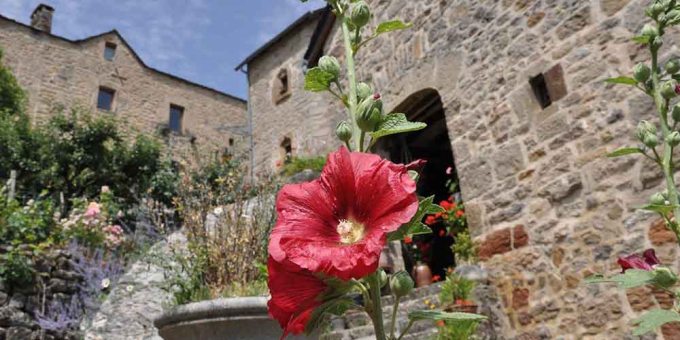 The next morning, I woke up feeling hungover and sick from too much red wine and blue cheese. We returned the car in Montpellier and took the train back up to Paris for the world cup. We watched the game at Mat’s family’s place, everyone was there decked out in their blue, red and white flags painted on their faces. When France won, everyone went berserk. People were screaming out windows and we went to the Champs Elysees and the Eiffel Tower to feel the energy. I have never heard “CHAMPION DU MONDE!” said more times in my life. Every person we passed screamed it, it was so much fun. 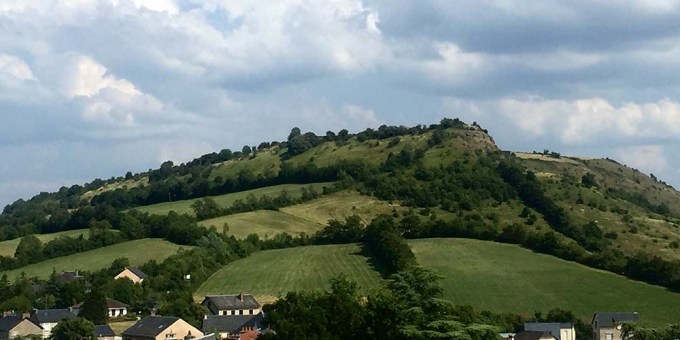 Our final days in Paris, and pretty much our entire time in France, was spent being a “flâneur” – aimlessly wandering, observing, dreaming and slowly digesting life. In my normal day to day life, I’m always running off a checklist of to-do’s and feel like I need to be productive to be worthy of anything. But the flâneur is the opposite of that,“The flâneur observer.. whose aim is to derive the eternal from the transitory and to see the poetic in the historic. A person who walks the city in order to experience it, discovering it as a landscape of voluptuous extremes. Adept of the joys of watching, a connoisseur of empathy, the flâneur finds the world ‘picturesque.“

I plan to introduce more of this lifestyle in Sydney, and anywhere else I go. I will become a Flânerie!