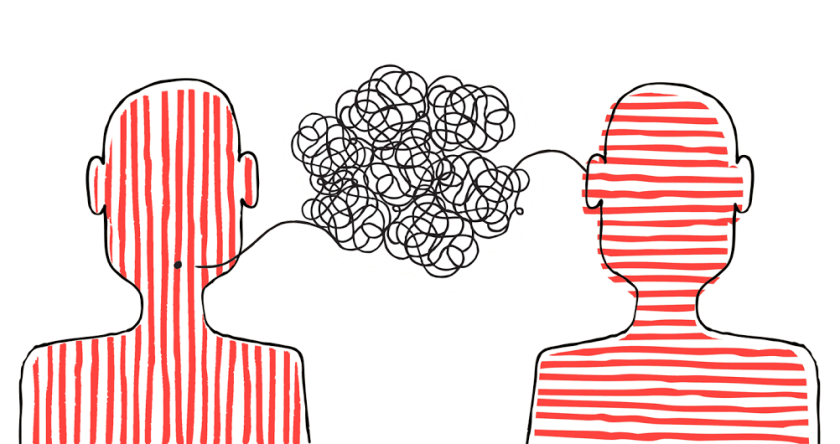 Isn’t it so interesting to think about how many things can be lost in the act of communication?

Consider how complicated it actually is: A bunch of electrical pulses fire throughout our head to form a thought which is then translated as a series of sounds out of our mouth which then needs to get recognised and understood by another person.

While walking to work yesterday, I listened to the TedTalk podcast The Unknown Brain. The episode was a collection of insights into the amazing human brain; from a neuroanatomist watching her brain have a stroke, to facial recognition, to the complexity of language. There’s also a section in our brains which is only responsible for thinking about other people’s thoughts (it’s located behind your right ear). It’s not used to solve any other problems except for trying to figure out what other people are thinking.

Doesn’t it just make you appreciate the power of language even more? Especially the writers, and poets, who are able to describe so articulately what they felt?

Their thoughts and feelings have been able to move fluidly from one brain to the other, like the most perfect kind of teleportation…