I just left my hostel and moved into an amazing place by Bondi Beach.

I’m not sure how long I’ll be able to afford it as I have no job but I will be optimistic and take things day by day. This is a good learning experience for me. It was strangely sad leaving the hostel, I made some good friends. I mean, I only knew them 2 weeks but it’s a strange connection you have with travellers. It feels more open, honest and real.

I had some great conversations over lunch in the cafeteria with a guy who worked as a medical receptionist at a hospital down the road. He told me some sad stories and revealed a lot about his experience with depression while others obliviously wandered by. I became friends with an incredible artist turned architect who spoke quietly with a sweet cockney accent. I met another guy from London that turned out to be my roommate. He stormed in our room late one night with a helmet in hand, boots on, and covered in dust. He is motorcycling across the world and ran out of money in Mongolia so he came here to make some money and continue on his journey. He is predicting it will take him 6 years, he plans to stop and work along the way.

I met another big Irish guy that was becoming a surgeon and was returning from a few months practicing in the island of Samoa. He got really excited about a surgery he did on a boy’s skull and tried showing me the video on his phone. There were some really awesome characters. I had a good time, minus the whole forgetting shampoo when you’re already in the shower, or people having sex beside you. But it was really nice to be forced to meet a flood of new people at whatever point they are in their life. To build a bond and say goodbye.

Now onto the next part of the journey! 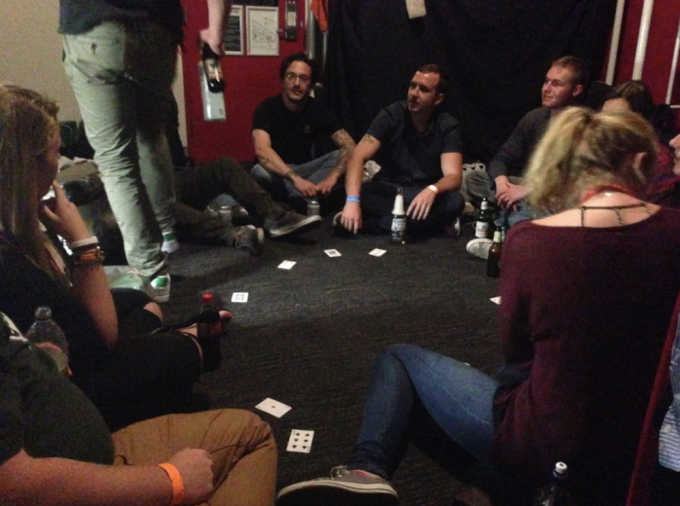