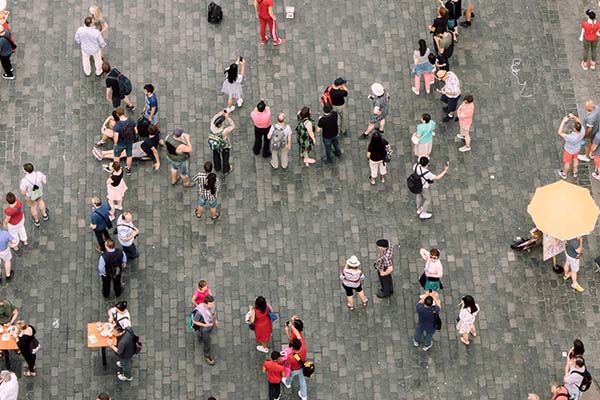 If you’re struggling with social anxiety, you aren’t alone.

My early teenage years were filled with the most extreme amount of anxiety. I was held back by over-analysing everything, terrified I’d say the wrong thing. On the rare occasion that I did speak, it was always wrong. I spent most of my time avoiding people and ruminating on embarrassing events over and over in my head. It was torture, to say the least.

Luckily I’ve progressed from that stage of paralysing anxiety and can now live a reasonably ‘normal’ life. While it’s not nearly as intense as it was, social anxiety still remains a restraint on my life. Sometimes when I’m caught up in my head in fear of asking a question in a meeting I think about a great piece of advice I had from a friend in Beijing. She was a loud-mouthed American who said whatever she thought. Nothing was ever filtered through a lens of politeness or ‘hmm should I say this? I don’t want to be rude…’ Whatever she thought, came out of her mouth. While her approach was harsh and not exactly embraced by everyone in our group of friends, there were times when I appreciated her blunt honesty.

One night we were sitting in a bar in Beijing chatting with a couple guys. This bar was basically home to a group of hockey players and I was a new introduction to the group (despite my complete lack of interest in the sport). At the end of the night as we were getting ready to leave she said, “see you here tomorrow?” I told her “yeah! I’d love to. But what time exactly? Maybe we could meet outside and go into the bar together?” She shrugged and said she didn’t know when exactly she’d finish hockey so it was best to just wing it, we’ll see each other when we see each other. I leaned in and said quietly in her ear, “To be honest, the reason I’m asking is because I have the most severe social anxiety about the idea of going into a bar or party filled with acquaintances but no one I’m really familiar with. I never know what to do, or who to talk to, or where to go. It makes me panic. Could you just text me exactly when you’re going and we can walk in together? I can wait for you outside.”

She looked at me with a deadpan expression and said, “Kim – Nobody cares. Literally no one. See you tomorrow night,” and turned to walk out the door. I was stunned by her lack of empathy. I’d been spoiled by my caring friends back in Canada who would consider a night out incomplete without the getting ready together part.

But I had come to Beijing to test my independence and this was an opportunity to do just that. I also found the idea that “no one cares” such a relief. It burst the bubble of self-importance that I’d created in my mind. I was so worried that anytime I came to any sort of social event alone, every single person would turn their head and judge me for my lack of friends, clothes, blemishes, the scar on my nose, etc. But also I feared not having anyone to talk to and being shunned in the corner until I was forced to vacate the premises. Social anxiety is its own monster that makes everything into a huge deal. Somehow though, hearing the words “no one cares” penetrated through that thick layer of social anxiety better than anything else. 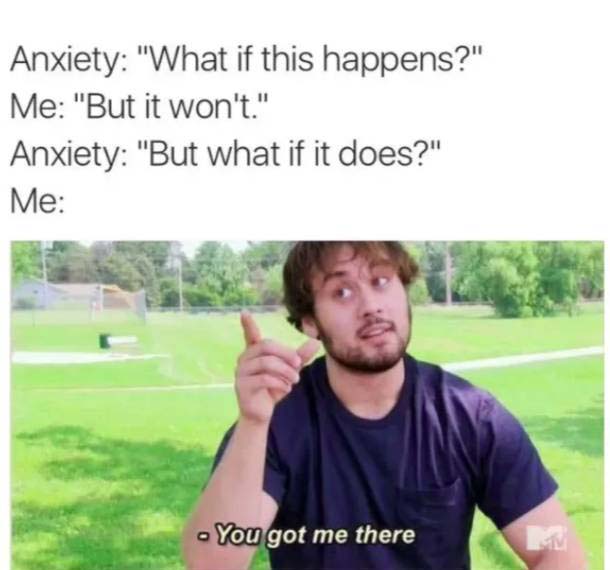 It was a game-changer for me and became my mantra whenever I went to parties alone, which was all the time. Whenever my mind started whipping around in an anxiety frenzy, I quickly reminded myself that everyone is just too concerned about themselves to care about me being awkward in the corner. If anything, worst-case scenario, someone just might approach me and say hello. Or, I’d get over my annoying self and just approach someone and start a conversation. Over time, it got easier and eventually, I grew to love the freedom of attending parties alone.

Nowadays, this little piece of advice plays a big role in my life. But it’s usually mixed in with a little bit of “what’s the worst that could happen?” and “one day you’ll be dead, Kim, so just go for it. Yoloooo!”

These little saying/realisations are powerful tools for dissolving fear in my daily life. As Steve Jobs once said “Remembering that I’ll be dead soon is the most important tool I’ve ever encountered to help me make the big choices in life. Almost everything – all external expectations, all pride, all fear of embarrassment or failure – these things just fall away in the face of death, leaving only what is truly important.”

It does not work to eliminate fear every single time but I’m much less likely to be led by my anxiety. I can still feel it arrive with a rush of blood to my reddening face, my heart beating so loudly I genuinely wonder if others can hear it. But for the most part, I take conscious notice of its arrival and push through it. Every moment I chose to act instead of cowering under fear, I grow. If you suffer from a very specific type of social anxiety, ask yourself: what’s the worst that would happen if I did ___? If you’ve come up with an elaborately complicated response, go ask someone on their deathbed what their answer to that would be. Or ask a seven-year-old child what they would do.

The point is, we make things bigger than Ben Hur when we nestle them deep in our minds. Those thoughts grow like a kind of mental bacteria when you don’t let them air out. Let those fears out of your head, literally. Speak openly about them to someone you trust, see a counselor. Follow Instagram accounts that capture your anxious feelings into a hilarious meme. Try to breathe in some humor into them. As adults, we take life way too seriously.

So unless you’re running around with your pants off or your that girl who tried singing the national anthem and forgot the lyrics, then came back out and fell on the ice (I got second-degree humiliation from that video), no one actually cares. And even for those people, life moves on. As much as it may feel in the moment, you can’t die from embarrassment.

Don’t let other people’s opinions or short-term judgment impede on whatever it is you want to bring forth in this world. If it means something to you, do it. Why? Because it’s important to you. But what if it’s embarrassing or awkward? Oh well. Welcome to being a human being. Weird, uncomfortable things happen all the time.

We all make mistakes and experience awkward situations. But we are only here for a short time, so don’t hold yourself back. Learn how to turn the volume down on your socially anxious self and turn the volume up on your genuine, inner self and go for what you want. You’ll make the world more colorful and beautiful by simply being you.