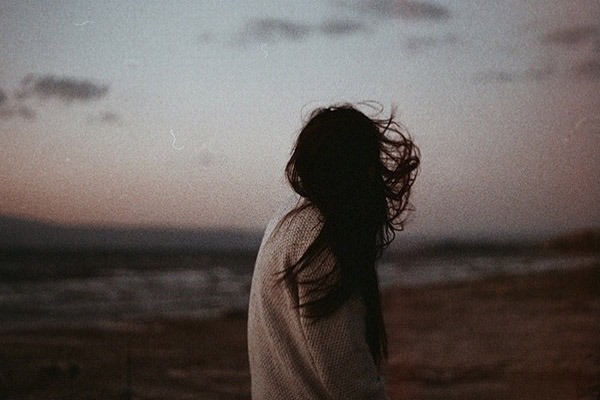 The World Health Organisation estimates one million people die from suicide each year. While suicidal thoughts are common, they are usually temporary and can be treated. This is why providing resources and reducing the stigma is so important for prevention.

As someone who has been directly affected by suicide, I understand how confusing, isolating and painful it is to watch someone you love fight a mental illness. I hope to prevent this from happening to anyone else.

Perpetuating myths about suicide makes it worse. Our will to live is primal, every human being on earth seeks survival. It’s a part of our basic instinct. When someone decides to end their life, they have reached a level of pain so unbearable they are fighting against our strongest instinct. They feel like a burden to and believe that others are better off without them. This is not a weakness, nor is it selfish. It is an unbelievable tragedy. I believe the best way to prevent suicide is through compassion and a desire to understand.

If someone you know is suicidal

Suicide can be prevented. Suicidal people do not want to die, they simply want the pain to end. Do not underestimate your ability to help someone and save a life.

If the person opens up to you and admits there is a problem, begin by asking how long they have been feeling this way. It is extremely important to remain non-judgmental, genuine and empathetic towards them as they open up to you. Remaining non-judgmental can be challenging because we all have judgements and opinions about things. Try your best to allow space for the person to speak freely. Sometimes just having the opportunity to talk to someone can be helpful in and of itself. Don’t feel uncomfortable if there are breaks of silence, the person may be trying to collect their thoughts. Do not criticise, blame or reinforce stigmas. Instead, ask questions, clarify your understanding of what they said, be patient and avoid interrupting them. Remember, your goal is to create a safe space for the person to express themselves freely without judgment.

3. Give support and information

After you have listened attentively to the person, you can begin to discuss sources for support and recovery. Explain to the person that they are not to blame for feeling the way they do. Remind them that hope and recovery is possible and life does not have to remain this way. Every life has value and mental illness, just like a physical illness, does not change this.

4. Encourage the person to get professional help

The best place to get help starts with the GP. If the person has already gone to the doctor, encourage them to go again and ask what treatment options are available. If the person does not want help even after you discussed this with them, let them know that if they change their mind you are there to help. You can even offer to accompany them to the doctor. Explain to them that just because they are experiencing suicidal thoughts does not mean they should be acted on. Reassure them that there are plenty of solutions to problems or ways of coping other than suicide.

5. Encourage other forms of support

Find out who or what has supported them in the past and whether these supports are still available. Ask them how they would like to be supported and if there is anything you can do to make it easier, but try not to take on their responsibilities. Also, don’t assume that the person will get better or seek help on their own. People who are feeling suicidal may not ask for help because they feel hopeless. Encourage them to explore other forms of support and explain to them that there are countless different types of treatment options available for depression.

Remember to check in with them regularly to show you genuinely care. You could say something like, “I’ve been thinking of you and wanted to see how things are going?”

Sometimes it can take a long time for someone to be ready to see a professional. All you can do is be patient and support them. If you are still struggling with how to help them, contact a mental health centre or crisis telephone line and ask for further advice on the situation.

What not to do

It is important to discuss the issue directly, don’t be afraid to ask them if they are feeling suicidal. Avoid using terms that promote stigmatising attitudes, like ‘commit suicide’ as this implies it is a crime or sin.

So many of us have been taught to ‘tough it out’ rather than asking for help when we need it most. It’s important to demonstrate to others that asking for help is not a sign of weakness, it is, in fact, a sign of strength.

“The person in whom its invisible agony reaches a certain unendurable level will kill herself the same way a trapped person will eventually jump from the window of a burning high-rise. Make no mistake about people who leap from burning windows. Their terror of falling from a great height is still just as great as it would be for you or me standing speculatively at the same window just checking out the view. The variable here is the other terror, the fire’s flames: when the flames get close enough, falling to death becomes the slightly less terrible of two terrors. It’s not desiring the fall; it’s terror of the flames. And yet nobody down on the sidewalk, looking up and yelling ‘Don’t!’ and ‘Hang on!’, can understand the jump. Not really. You’d have to have personally been trapped and felt flames to really understand a terror way beyond falling.” – David Foster Wallace